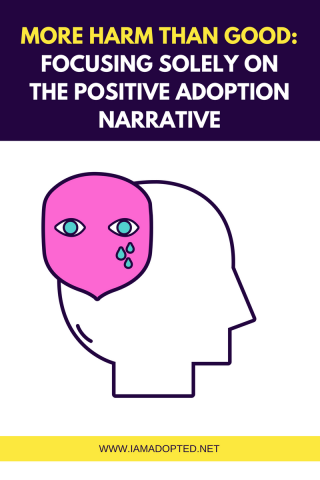 When people think about adoption, the first thought that often comes to mind is the joy of adoption, not loss or trauma.

Adoption loss is the separation of a child from his or her natural family as well as separation from their culture, familiarity, race, language, and identity. Click To Tweet

Adoption is known as a happy experience for each person involved, a true blessing and miracle. The act of adoption is also considered heroic, a beautiful and selfless act of love. Overall, adoption is commonly thought of as positive.

What adoption is not known for is the loss an adoptee and birth mother endure or the years of suffering when a mother and her child are separated. Adoption is not known for the sadness of being placed for adoption, feeling unwanted by one’s birth mother, or the years of struggle with love, relationships, identity, attachment, depression, PTSD, or anxiety.

With that said, I hope you can begin to see the problem when we focus too much on the positive narrative of adoption rather than the reality of adoption. The positive adoption narrative often overshadows the adverse effects of adoption on adoptees and the quality of mental health care adoptees receive as they grow up and process what it means to be given up (or placed) for adoption. As adoptees age and experience milestones in their lives, their opinions often changes regarding what it’s like to be adopted. One can grow up feeling like adoption is a blessing, however, later on down the road, their feelings change and they deem adoption a nightmare.

Growing up in a home with adoptive parents that constantly tell their child they are a blessing, chosen, or saved creates an environment for an adoptee to feel pressured to be happy and grateful, making it difficult for adoptees to understand their feelings of sadness, anger, or fear of being un-chosen.

What those affected by adoption should know is that while many are celebrating adoption, there are many quietly mourning a loss of family, identity, trust, culture, and security. Click To Tweet

In relation to misunderstanding loss or trauma, I often hear adoptive parents say, “I adopted my child at birth, I am all my child knows.”

Babies learn and bond in utero. They know their mother’s voice, are familiarized with her native language, and they form memories from that early on in life.

How ignorant can we be to think that disrupting nature or what God has created will not harm or negatively affect a child separated from his or her natural mother?

The cliché phrase, love heals all things, is perhaps one of the worst ideologies commonly used in adoption. Love does cure a multitude of things, but love is not the definitive cure for adoption loss and trauma.

It is confusing for adoptees attempting to process how something that is supposed to be so beautiful hurts so much inside. This confusion causes chaos in an adoptee’s everyday life. The chaos and confusion pour into relationships, marriage, jobs, school, kids, and other avenues of life.

Interestingly, when adoptees come together and share their experiences, they discover commonalities such as failed marriages and relationships, the struggle to make and keep friends, constantly moving from place-to-place, never feeling at home, having multiple sex partners, addiction, homelessness, incarceration, hoarding, and problems sleeping. The list is extensive. All of these travesties happen because adoptees are rarely equipped with the tools to understand their emotions and manage their feelings, as if adoptees need permission to feel what they feel without fear of hurting anyone.

I have worked with many adoptees that have felt chains being broken in their lives once they were able to feel and express their loss and anger. I have seen adoptees set free, knowing what they have experienced is, indeed, trauma, and that trauma felt is not their fault; their feelings are normal because of what happened to them, and this is where our focus should be regarding adoption.

Positive adoption language used by adoption agencies and professionals sounds good to the ear for expectant mothers and prospective adoptive parents; however, the reality is that this language often causes more harm than good for adoptees.

In my experience, adult adoptees prefer the cold, hard truth about their story, not the positive fluff adoption agencies encourage adoptive parents to use. That hard truth requires help for adoptees to process and understand, and identifying those truths should not be a one-time conversation. These are conversations to be had, over and over again, because the difficult truths are part of an adoptee’s story. Talking about the positive aspects of adoption and the respective difficulties can often remove the shame that can build up and cause years of harm. This is why mental health counseling is vital for adoptees. Never think that because an adoptee seems well-adjusted and happy that everything is fine and therapy is not needed.

The majority of adoptees I have worked with were adoptees whose parents had zero knowledge that their child was quietly suffering. They were raised in a home with loving parents that always used positive adoption language, focused on the positive, and never talked about loss or trauma. These adoptive parents were never prepared by their agency to handle these types of discussions or provided with a book list to learn about adoption trauma. Many adoption agencies purposely do not discuss adoption trauma out of fear that prospective adoptive parents will back out of adoption, further losing thousands of dollars on the transaction. We must never forget that adoption is a business, and for these agencies to stay in business, their focus will be to share the beauty of adoption and not the truth about adoption. The truth is that an adoptee may struggle to attach, have behavioral concerns, and suffer from mental health issues. We need to address these concerns and possibilities, pre-adoption, and equip prospective parents with the tools and resources to help them parent.

It is unfortunate how many adoptive parents I have worked with that have expressed they were never prepared to deal with loss, attachment issues, and trauma by their adoption agency.

Creating an environment where questions are asked and answers are honored is critical. No matter what is said, showing the adopted child or adult unconditional love is essential. Openness should always be encouraged. A cry for help is easily recognized when adoptive parents are educated about adoption trauma.

Healing is possible. Healing may take years of therapy and community, but we must never forget that scars are often permanent. When adoptees are able to share the story behind their scars, they can be set free and their scars begin to fade, little by little, though they don’t disappear.

Healing starts with the foundation of truth, no matter how an adoptee came to be adopted.

Adoptees prefer truth, and not positive fluff, to tell their stories. Click To Tweet Adoptees want to know if their mother struggled with addiction, if they were conceived through rape, or abused by their natural family, which led them to be placed for adoption. When adoptees are able to own their truth and be supported by their adoptive family, feelings of shame and embarrassment can be released and countered with thoughts of self-worth and love, helping adoptees live successful, healthy lives.

Adoptees: what has your experience been like sharing your feelings about being adopted with your adoptive family? Were you encouraged to share your feelings? Or did you feel you grew up in an environment where it was difficult to share?

Adoptive parents: what are you doing as a family to encourage your child to express their feelings about being adopted?

Join my tribe of adoptees, adoptive parents, and birth parents on Facebook at I Am Adopted. 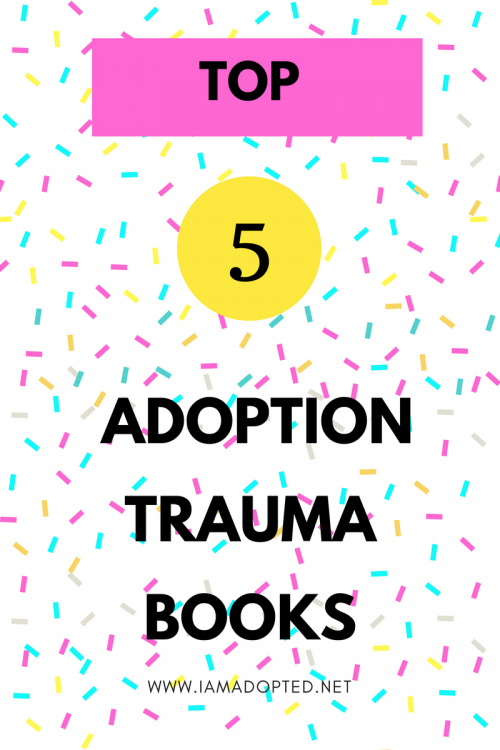