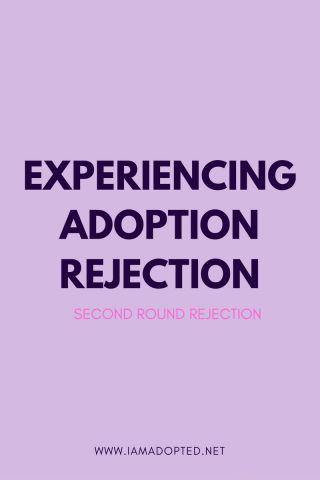 In May of 2011, I received my non-identifying information from the agency who’d handled my adoption and was shocked to discover that I had a brother a year older who shared the same parents and who my mother decided to keep. Reading that stole my breath – not only did I learn that I was not the firstborn as I’d thought, but also that I had a sibling who was out there somewhere.  From that moment, I could think of nothing else but finding him.  I had parents.  I’d been a daughter all my life.  But a sister?  I could imagine no greater gift than to be reunited with a man who could not only link me to my missing past but who would carry an even bigger link to my future if I could find him.

That August, after months of searching, I found what I knew had to be my brother Keith’s Facebook profile.  I just knew.  I’d looked at many other profiles (by then I’d uncovered my birth mother’s full name and from paid websites deduced names of the men who could be my brother), but Keith’s hometown and photos gave it away. We looked so much alike. I finally worked up the nerve and sent him a friend request with a message and my number, stating that I was doing genealogy research and I thought we might be related.  Within hours, he not only accepted my friend request but called me. I know you’re my real sister from your birthday. I knew for years I had a sister but never knew where to find you.  I can’t believe this.  I can’t believe you found me.
After that initial call, things proceeded quickly. Keith and I would text, talk, and Facebook message well into the night since both of us struggled to sleep – one of many similarities I could only marvel at.  At one point we even dedicated songs to each other – mine for him was “A Thousand Years.”, by Christina Perri, since it spoke of looking for someone and never giving up.  And all along I believed I would find you. Time has brought your heart to me, I have loved you for a thousand years.  I’ll love you for a thousand more. Only another adoptee could understand the bliss I was feeling during this time.  Finally feeling connected.  Finally feeling like I’d found a friend for life – as I’d always impressed upon my two boys that was what being a sibling meant, having a forever friend.
Within a month, Keith and I made plans to meet. We agreed that it would be best if he – newly divorced  – came up to my house for Thanksgiving.  That Thanksgiving Eve, I counted the minutes as I waited for him to arrive, and when the bell finally rang, and I opened the door I was stunned to be looking into a male version of my own face.  It was all I could do to hold myself upright
as I went to hug him.  There have been very few perfect moments in my life, and seeing and holding my brother at the door that night was absolutely one of them.
We spent five whole days together that holiday, staying up late, getting to know each other, toasting our relationship, and wishing so much that the fates had not chosen to separate us.  We spoke of love, lost time and a future together and planned to meet up again at Christmas.  When he finally had to leave, I sobbed and clung to his sweatshirt and told him how much I loved him, and he repeated it back to me. I love you.  I will call you when I get home.  I will see you soon. I watched that cold November morning as he got in the car, waved to me, mouthed ‘goodbye’ and drove away.
As it turned out; that would be the last time I’d ever see him.  Once he returned home, Keith for no apparent reason cut off contact.  Texts, calls, and Facebook messages ceased despite my futile attempts to keep them up.  What did I do?  Why won’t you talk to me?  Why are you treating me like this?  There were no answers – and the only ‘closure’ I could muster was that I was to him merely a curiosity that had been satisfied by our short visit together. I felt wholly rejected as if I’d been given up for adoption all over again.  I am not good enough. Nobody wants me. There is something horribly wrong with me.  I struggled for months to even get out of bed, let alone function daily on a ‘normal’ level.  I still to this day cannot make peace with what happened.
Blessedly, I later found my half-sister Amanda, who I have yet to meet, and my half-brother Matt, who I met this year.  But the trust I’d put in Keith has tainted these relationships, even though both Amanda and Matt still talks to me.  I remember calling Matt up early on and asking him pointed questions.  Do you plan to leave me?  If you do, can you do it now before I get attached to you?  As abnormal as this sounds, it was my only protection against what I saw as the inevitable.  Matt’s kind reply – I’m a very boring person, I have no plans to leave you– left me in tears.
To this day – nearly two years since Keith walked away – I cannot bring myself to trust my other siblings entirely in case they change their minds.  I will never be the same person who first entered sisterhood with joy, innocence and the belief that all things happen for a reason.  Sometimes, people just change their minds.  If that was the adoption lesson I had to re-learn, it did not come easily or without a price.  This second rejection has indeed infected the scars of my past.
*All names changed to protect privacy

Nicole Blank: I am an adult adoptee, born in Hanover, PA under the name Lisa Patterson Riley.  I spent two months in foster care before I was adopted and raised as an only child in a loving family in Columbia, MD, about 50 miles away from where I was born.  In 2011, at the age of 40 and one year exactly after the death of my adoptive mother, I decided it was time to start the search for my biological family.  By September of 2012, I’d been blessed to find every living person on both sides of my family.   For me by far, though, the hardest part of this journey has been becoming a sister for the first time in my life to three very different people.  What comes so easily and naturally to most people has been one of my life’s greatest struggles. 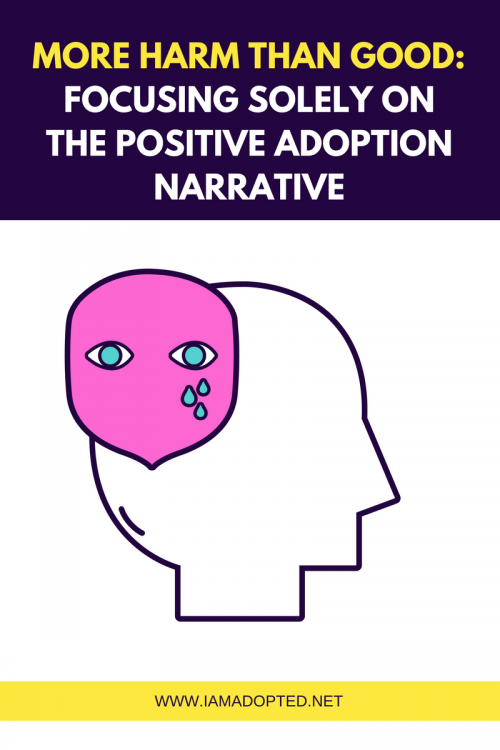